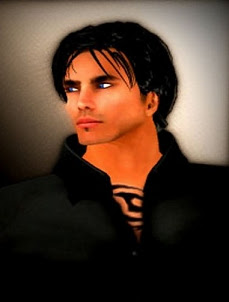 If the sky that we look upon should tumble and fall
and the mountains should crumble to the sea
I won't cry; I won't cry, no... I won't shed a tear
Just as long as you stand, stand by me

I am one of those who doesn't like to show work in progress, but inspired (and urged on) by soror Nishi & Scott Rolfe's efforts at documenting their work, I am taking the plunge and making this post about my second Talking Stick, which I am still working.

My usual technique is to start with wood marked and etched by time and life (bark beetles, ants, insects, frost cracking, fungus etching) and work with dark outlinings inside light colors to bring out the marks. This stick would be a challenge; completely opposite my usual way of work. I also didn't want it to look like a "Neo-pagan Renfaire magickal staff."

* * * * * * * * * * * * *
I went out to the forest several times, hunting for nice pieces, and was lucky enough to come upon a red oak which had taken a direct lightning strike (oak is "the Druid's wood" and particularly venerated for its lightning-attracting properties, equating with inspiration). I gathered several pieces and brought them home to work.

Unfortunately, the very thing that makes the wood interesting sometimes makes it unusable - I worked with two pieces for awhile but ran into deep structural problems (wood rot, fungus invasion) that made the pieces useless for this purpose, so I began again with another piece.

The surface of this piece was very rough - most of the markings that might have been there were fried off in the lightning strike, as was most of the epidermis & periderm, although luckily the core wood was undamaged - the lightning appears to have conducted along the water-filled outer layers. The little forest workers (insects) didn't go for this wood because all nourishment had been cooked out of it, so sanding down with several grades of garnet paper to remove roughage left me with a nice, sturdy but plain piece of wood.

I decided to work with two inspirations to reproduce the "scribed" look I like - the first was a childhood art where you'd lay a lot of color down on a sheet and cover it with black, then scribe through the black to make the undercoloring show. The second is my passion for palimpsests - I have many photos of very old public park picnic tables & trees, scribed by generations & overwritten for 40-60 years. My exposure to the graffiti walls of Los Angeles & NY also show this passage-of-time-and-people, as do old parchment & vellum manuscripts.

The wood was sanded down with #80 and then +120 grit paper to roughen the cells for absorption of the ink [Winsor & Newton Drawing Inks] then a light bleach solution was used to soften the cell walls & also to sterilize the wood. I began by layering inks in areas on the stick, color-coding certain aspects from the astrological chart in support of creative/verbal aspects. This wood is so dry that it sucks the ink deep into the pores without clogging them, so the grain of the wood shows through the color. India ink was then applied over the entire surface in several coatings. Many sandings with 240-400 grit paper & reapplication of the India ink later, I had the surface I wanted.

The first main scribings were done in Futhark & Ogham - here you see the Ogham for FILI (poet/druid class) along with runes RADU and ENCLOSURE. I wanted the staff to appear very old - passed down from hand-to-hand, painted & repainted/varnished many times and didn't want the sharp edges a metal tool would make, so I made my own scribing tool out of a branch of red oak from the same tree the staff came from and started scribing/engraving [oak is HARD! I have a huge "cleric's bump" on my right middle finger now from working the scribing tool].

Here, careful sanding with #400 paper starts to reveal the underlying ink stains. Sanding, scribing; sanding, scribing... a month's worth of this, applying verses from (in no particular order):

... and this is what the staff started to look like, imitating the "life-traces" of the woods I usually work with. The staff is dense with scribings - there's not room for much else. The inscriptions collide, cover & entwine in layers, the undercoloring showing through the inscriptions.

The drawing inks that I use become "dry" or dull-looking/lighter due to the wood absorbing the ink and not having the surface tension to retain the shellac-base on the surface, so the next step is an underfinish to pull the colors back up. For these pieces I use a spar urethane for its "breathability" and flexibility to weather conditions and also because it gives a strong UV/light protection for the inks.

You can see how the finish softens the scribings and makes them liminal so that they do not grab at the mind's focus but suggest, dream-like. The semi-gloss of these coats deepens the shading along the inside edges of the scribings and disperses the light falling on the staff to the inner layers, which reflect the various colors throughout the layer. In-between every third layer is a thin glaze of blue or blue-green which wraps the stick in a cloudy, watery haze that seems to float above the staff, depending on the angle that light strikes. The undercoats have also brought out the rough grain (a consequence of the passage of lightning).

So far, 14 layers of spar urethane and I am confident that UV damage/lightening/color-shifting will be kept to a minimum, although I have worked on the assumption that some would occur, adding to the "aged" look of the staff. The undercoating causes the inscriptions to fade in and out of visibility while the colorings shade and tint the surface of the staff when the viewing angle is changed. From about 2 feet away, the staff looks almost completely black and a bit gnarled; like poetry, you must get close to this stick and examine it in many incremental changes of angle to cause the inscriptions to appear like words floating up from the deep waters of the Unconscious; perfect for "poetic scrying."

Here's some angled shots of the underfinish in sunlight which show the color shifts:

The undercoating has finally hardened enough to begin the final topcoats, which will be a lightly-ambering shellac, providing a hard & durable surface which should age attractively. Now to work on the final finish...
Posted by Miso Susanowa at 2:06 PM 4 comments: 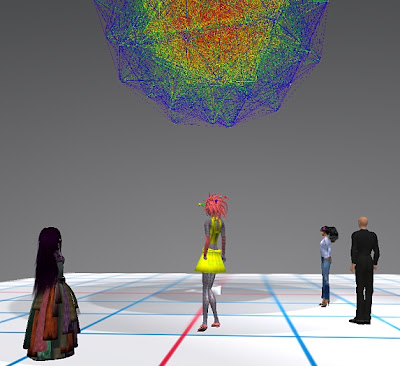 "Because the Wizard is a wizard."
Wizard Gynoid, mathematical muse, has managed another first: rezzing and linking a 7,153-prim object in Inworldz and setting it rotating. Without crashing anything, I might add.


Wizard Gynoid: The E8 Polytope is the most elegant, most sophisticated and complex geometrical object known to mathematicians. There is beauty in its elegant symmetry. 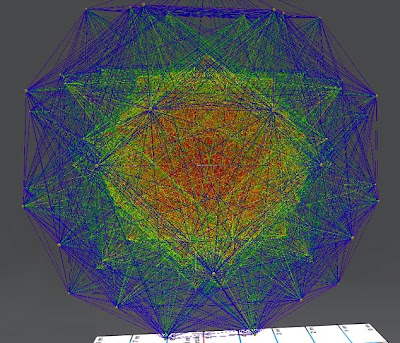 Wizard Gynoid: up until recently no one had seen it, because it had to be calculated using a super computer. Plus there's the multi-dimensional aspect to it. This is the 3D shadow of an 8-dimensional object, so it is only one "rotation" of that 8-dimensional object. It happens to be the most elegantly symmetrical rotation, because it shows all 240 vertices points, plus there is a "tunnel" that runs through the object vertically, surrounded by concentric circles of vertices points. 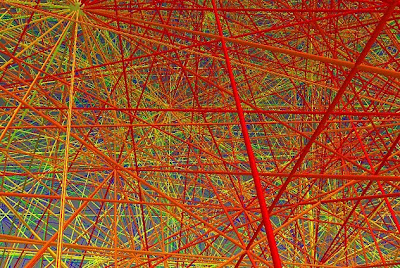 Miso Susanowa: You've been working on them in VWs for how long?

Wizard Gynoid: I've been working on the E8 Polytope in Virtual Worlds since 2008, when I did the Rezzable Visions show. That was a much simpler version; in fact a copy of that is on the ground on my Wizard sim here in Inworldz. That one is also linked into one object and set rotating, but it's only about 1,400 prims. This one must be some kind of record...

Wizard Gynoid: and you saw how fast and how flawlessly that rezzed using Phlox

Miso Susanowa: Yes, it was amazing after watching the Klien bottle assemble twice [in Second Life] - that took over an hour.

Wizard Gynoid: This wouldn't be possible in Second Life.

Miso Susanowa: Didn't you also have the E8 somehow rezzed into RL crystal or something?

Wizard Gynoid: Yes, I had this laser etched into a crystal cube. Which you can purchase as a matter of fact.

* * * * * * * * * * * * *
Watch the video to be amazed at the speed with which the Phlox script engine calculates and assembles this incredibly-complex object (but really, take the You Tube link, as embedding compresses the video here and it's nasty with artifacts; at You Tube, raise the quality to 480p)