Gamester Tweenk, who was responsible for Tweenk, the lazy Twitter Role-Playing Game, is at it again with Tweeria, which is in closed-beta right now as the mechanics & delivery are being worked on.

You might remember me bragging about the Tweenk Nyms Guild and my boss character. The new game looks really fun, with purchaseable items to flaunt your wealth, the ability to make your own spells and items (and have other characters download them) and the ability to post alternate artwork for your character.


It's Tweenk on steroids and really appeals to an RPG fan like me with the ability to make custom items. In fact... this is the graphic for my first created item: 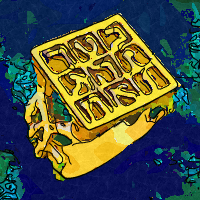 Ring of the Lucky Apprentice

Huzzah! I knew all those hours at the Enchanting Table in Oblivion and Skyrim would pay off someday!

More details will follow as to the beta shakedown and public alpha of Tweeria. 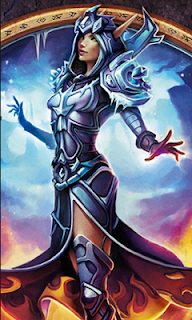 Posted by Miso Susanowa at 2:46 PM No comments:

Beginnings: All I Ever Wanted Was A 3D Life 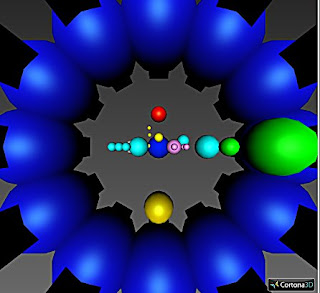 Sure, you may think it looks primitive now, with prims, sculpties, Blender, Maya & so on, but in those days (1996-1997) each object (think 'prim') was constructed by hand; the mathematics were punched into something like 3D Studio Max, POV [Persistence of Vision] or Caligari's trueSpace in text notation and then rendered at the speed of... a frozen slug; it sometimes took hours to render a complex figure such as the Temple Of The VRML Equinox (ToVE); that is, if your computer could handle it & didn't crash mid-render. 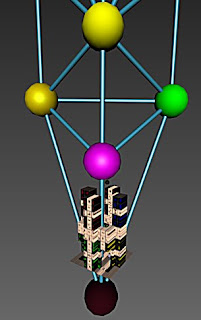 If you made a mistake with your calculator or messed up a comma, semicolon or parenthesis you could return to a borked render or no render at all. It was really brain-busting and frustration was all too common. Yet persistence paid off; you could make entire 3D worlds that people could access from any browser and participate in the 3D space. 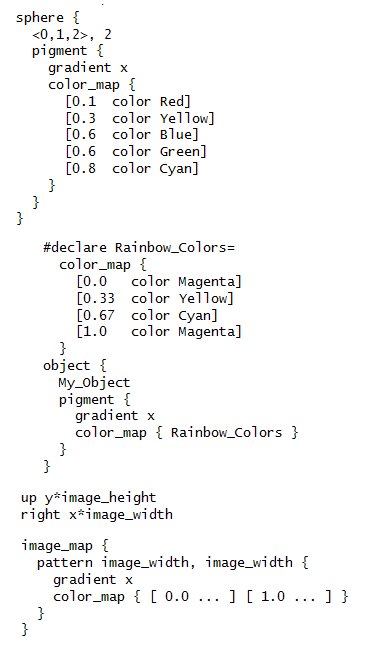 And you thought LSL was bad! I know that the Temple, my most complex contruction, took over 20 pages in notepad/text to render. You had to control not only the geometry but the lighting, shadows, texturing, placement and perspective in mathematical/text notation.Additionally, every object inside the Temple or my other worlds was either a call to an inworld function (like email) or to a site that offered further study of the materials like Quabalah or Geomancy; the Temple boasted over 100 links to arcane subjects. This was Giulio Camillo's concept of the Theatre of Memory taken into a virtual space. 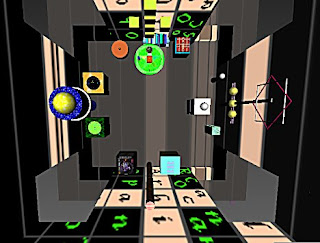 Yet still beauty was made. VRML was a wonderful technology & you might see why I just nod when someone now speaks of "worlds which are accessible in any browser!" because we had that in 1996-1997 with features that are still not implemented in current Virtual Worlds (like inworld terminals or email abilities) and many things that excite builders now... video on a "prim"? Check. 3-dimensional sound with complete control of spacial audio? Check. Inworld messaging (chat)? Check. Full lighting and shadow control? Check.

Sadly, VRML was one of the first victims (along with Netscape) of Microsoft's War On The Internet; MS's pollution of the HTML standards & its sabotage of Sun Microsystem's VRML (along with HTML, mere subsets of SGML) is a well-known story (and may be why your oldschool computer people spit when the name Microsoft is mentioned).

Luckily, technology comes to the rescue in the form of virtual machines running old OSes and old browsers and has allowed me to give you this glimpse of the forerunners of today's virtual realities/worlds. 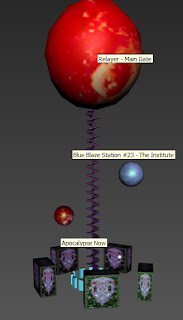