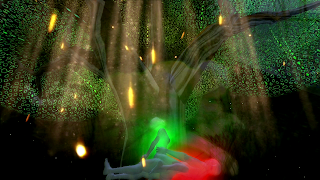 Finally finished, the music video to accompany my sculpture 'Big Winter' has been posted.

This is the story that was going through my head while making the sculpture.

As Lou Reed said, "There's magic... and a little loss to even things out."

The video & sculpture are about clinical depression and my fight to turn it into something beautiful.

Big Winter on You Tube

Just meditating on the art of words today in the wake of the GOP House resurgence.


"A Pledge To America" is the new Republican governing document, akin to an art school's manifesto. It's interesting to contrast it with 1994's "The Contract With America" as an exercise in rhetorical style and function.

In 1994, business was rushing into the dot-com boom/bubble, "The Superhighway Summit" was held at UCLA (where Al Gore spoke about the convergence of technologies exploding on the net), the Fed Funds target rate was raised hugely, Apple released the PowerPC chips, Wired was just getting hot and everything was business, business, business, so "contract" sounded all buzzwordy-happening-meme-ish, the style du jour.

The second sentence of TCWA uses the words "official evasion and posturing" and "no fine print" and then goes on to talk about "government that is too big, too intrusive, and too easy with the public's money. It can be the beginning of a Congress that respects the values and shares the faith of the American family"... "To restore accountability to Congress. To end its cycle of scandal and disgrace. To make us all proud again of the way free people govern themselves. "

The TWCA then goes on to actually propose specific legislation on 10 major concerns; talking business, setting out the job outlines.

I guess that was 1994 attack-dog, Art Of War- style business, getting that all up front right away, cards-on-the-table, Masters O' The Universe school. In contrast, APTA [a PTA? ACTA/APTA? at least their acronyms have gotten more refined] begins by bombastically recalling us to our 6th grade History lessons; you can hear "Stars And Stripes Forever" humming underneath; the soundtrack to a speech by His Honor The Mayor as the highlight of a Fourth of July ice-cream social.

There's no admittance of any responsibility or culpability for What Has Gone Before.


After that affirmation of principles you couldn't possibly reject without being some kind of anarchistic god-hating sociopathic terrorist child pornographer [did you involuntarily cringe or flinch just a bit when you read those trigger words?] the return of the pointy stick from 1994 (itself a kindler, gentler pointy stick than in 1992) reveals the righteous indignation of men of good character and moral grace for the government haughtily doing all these bad things to people.

This is a great phrase here:

"An unchecked executive, a compliant legislature, and an overreaching judiciary have combined to thwart the will of the people and overturn their votes and their values, striking down longstanding laws and institutions and scorning the deepest beliefs of the American people."

It says that the entire government - all three Branches - is hopelessly compromised and corrupted, and goes on to ring "thwart" "overturn" "strike(ing)" and "scorn." Dang! Those dastardly villains! I love the echoes of genteel effrontry. Pistols at dawn, Edmund?

"An arrogant and out-of-touch government of self-appointed elites makes decisions, issues mandates, and enacts laws without accepting or requesting the input of the many."


Here's a nice swipe at science, education and knowing stuff - setting up the spectre of a cold, bloodless Atomic Brain clique and pinging the continued war on science, yet manages to insinuate ("self-elected") that these government officials were not legitimately voted into office in the first place.

"Like free peoples of the past" - I hope you kept that You Tube link active above (or I can provide one for "Lilies Of The Field" if you need one).

It then goes on for another several paragraphs strangely reminiscent of the Girl Scout Promise and Law or a conversion/coming-of-age ceremony. In contrast, TCWA perhaps implied much of this rhetoric but actually set forth what it proposed as a series of specific actions to remedy specific problems.


I also love the title-shift. It hold invocatory echoes of the Pledge of Allegiance, the current "virginity pledge movements" and Promise Keepers associated with evangelical Christians and pure old Scout humility and earnestness while managing to avoid the taint of being "big-business friendly," another one of the current disenpowerment memes ("they iz doing it to us all wrong!")


In both cases the documents imply that there has never been fairness in elections; that there has somehow been a hostile takeover of government by men of nefarious and unAmerican® persuasion; that "the people" are oppressed and calling for champions and that all current troubles can be laid at the feet of "The Government"("reclaim our government for the people").


In APTA the rhetorical style of blowsy bombast alternates with stirring echoes and references to the American Revolution, Star Wars and Spartacus. I guess the Congresscritters' cozy partnership with MediAmeriCo® pays off in being able to recycle cheezy schmaltz and outtakes from "Leave It To Beaver."

"We pledge to honor families, traditional marriage, life, and the private and faith-based organizations "

"to whom much is given, much is expected" [Luke 12:48] and that the blessings of our liberty"

"we invite fellow citizens and patriots"
Posted by Miso Susanowa at 3:58 PM 2 comments:

The Virtual World of TES 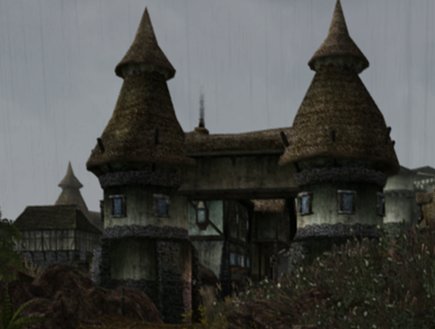 "With the acclamations of the Fellows of the Imperial Society still
ringing in my ears, I decided to return to Morrowind..."

In anticipation of the opening of The Elder Scrolls Online (TES Online) and spurred on by playing Tweeria, I have been revisiting Morrowind with the assistance of the Morrowind 3.0 Overhaul, a huge upgrade that cures most of the code bugs, upgrades graphics with 1x1024 textures and a pile of integrated mods that make it worth returning to Morrowind. It's several GB so be prepared to be downloading for awhile.

The Overhaul also contains the monstrous Morrowind Code Patch which fixes most of the bugs in the game that made it aggravating before. Morrowind was released in 2002, so this means 10 years of patches, mods, addons & etc. It really makes a huge difference in the game. 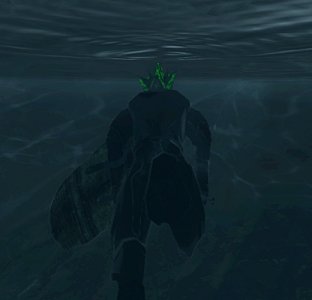 If you have played Skyrim, you might be interested in the differences between Morrowind, Oblivion & Skyrim. No doubt that Morrowind looks a lot less slick than Skyrim, but as another gamer said to me, Morrowind is HUGE. It also has over 500 quests (see? I meant HUGE).

Don't worry; you'll still be aggravated getting stuck in some tight places (the Console & tcl are your friends here) but in most cases it will not crash your game, unlike before (I experienced a total of 1 crash in several days of playing, and it was probably my fault; I mashed several keys together in the heat of battle). You'll also miss Map Travel; in Morrowind you cannot just travel to any city you've discovered before, unlike Oblivion & Skyrim. You will miss both Levitate & enchanted items recharging themselves from Morrowind in the succeeding games :( 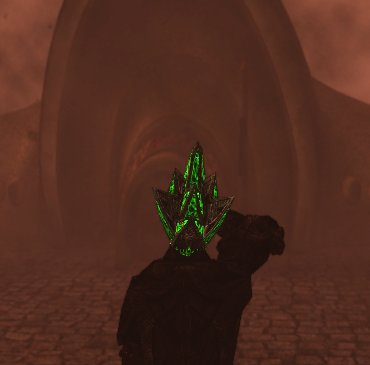 There's plenty to aggravate you (in a nice way) in Morrowind,
like the huge blight/dust storms and Cliff Racers. 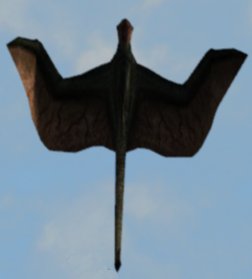 You might also find people just hanging out in their underwear.

The Elder Scrolls has a huge mythology behind it, communicated through inworld books (someone counted the 3 last games and reported that there are over 1000 books to read inside the game world), speech and investigation.The previous (to Morrowind) games in the series, Arena (1994/DOS) and Daggerfall (1996) were eye openers in the  gaming world, with Daggerfall featuring one of the first true 3D worlds on a large scale, a game world claimed to be twice the size of Great Britain. Daggerfall also won the 2003 RPG Game Of The Year. Two in-between games, Battlespire & Redguard, were spinoffs and not very interesting and did not share the incredible backstory available ingame.

The world of TES has a deep and sprawling mythology. As you play the games in the series, you end up realizing you are Joseph Campbell's Hero With A Thousand Faces, the Prophesied One. Each game is set in a mythological period: Elder Days, Dawn Age and First through 3rd Ages and on separate parts of the gameworld Tamriel.

All of this history interlaces throughout the games; for instance, have a look at one of the books in Morrowind: 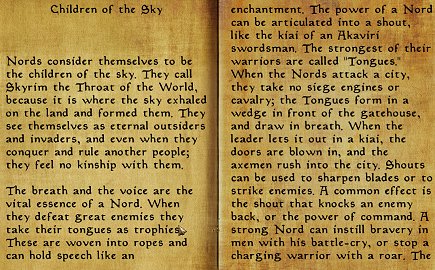 You might recognize this passage (from 2002) describing the Nords of Skyrim. You can find many books in Morrowind (and probably the first two games of the series) that describe the mythology developed further in Oblivion (2006) & Skyrim (2011). All this mythology will be behind TES Online, which will make the virtual world very rich and far-reaching for role-playing types. If the execution of TES Online is anything close to Oblivion & Skyrim, it should beat the pants off WoW in terms of story and complexity.

The world of The Elder Scrolls is known for its attention to detail, including well-developed lore and back story. If you're used to RPG  games like Final Fantasy, you're in for quite a culture shock. In this game, you actually have to do some independent thinking and not just walk mindlessly from place to place, knowing that some story cut-scene will soon take over. It's a little scary at first, and very much overwhelming,

On the other hand, if you can put up with somewhat dated graphics and game mechanics compared to Oblivion & Skyrim, you might find Morrowind to be an interesting game to play, at least until TES Online opens.